Solar with an avalibality in all parts of the world has the lowest Levelized Cost of Energy (LCoE). 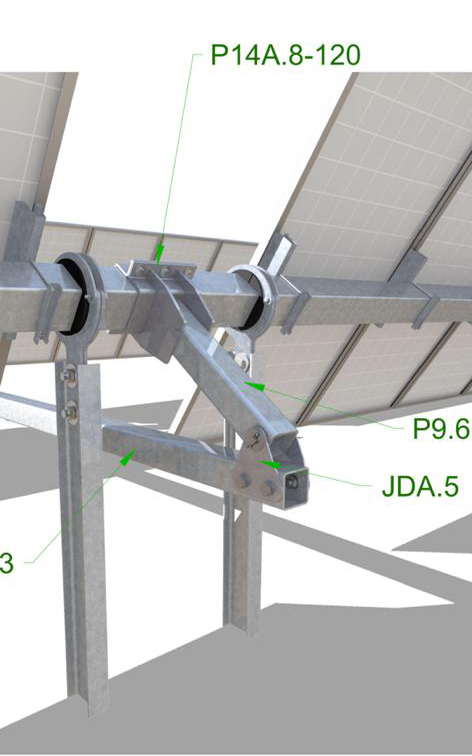 Inogen is constantly working on the development of sun tracking systems to utilize solar radiation efficiently and increase total energy production of the power plant.

Optimization of the load and creating well designed communication systems are the bottle necks of a new generation tracking system. Our engineers with dynamic and static system experience combine their knowledge with our system designers to enhance the best solution matching regional requirements.

Floating Solar Systems (FSS) advances from its embryonic state, system costs reduce as in the tendency for offshare-wind energy. However, the FSS follows the on-water approach such as reservoirs rather than off-share losts for building an off-share floating-PV installation would be significantly higher than for on-share counterports due to the corrosion and wind and wave. Also, there would be no better sun resource offshare unlike the wind turbine case.

Floating solar system 4.4 MW in Sayreville, New Jersey, the first in the state.

On the other hand, the potential for growth of ON-WATER technology is huge. It is estimated that Europe’s contrubition alone to his generation total could be around 200GW if only 10% of Europe’s freshwater reservoirs accomodate floating-PV.

FSS reduces the degree of evaporation and algea formation water reservoirs. The water shortages are becoming of increasing cencern in the world. The evaporation-reduction through shading from PV-System is a censiderable contrubition to the water loss problem where more water evaporates form reservoirs than is consumed by humans.

One of the biggest benefits, is it avoids classical land use conflicts. For densely populated countries such as Japan, Singapore, FSS reduce the pressure availability of land.

F-PV can also offer potentially higher fields than its ground-mounted equivalent due to the Water-Cooling effect. Extra greld of 10% or more is possible for hor climates.